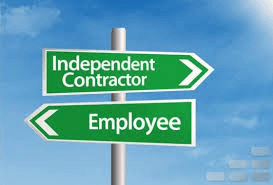 Governor Gavin Newsom signed legislation placing in law the test for determining when a worker is an independent contract as outlined in a California Supreme Court decision last year.

Much of the talk surrounding AB 5 has focused on the impact the ABC test will have on gig economy jobs, as the new classification test jeopardizes the flexibility and income opportunities the modern employment model provides for thousands of California workers. However, the legislation will affect more than those in the gig industry — it stands to affect nearly every sector of the economy.

The following industries and professions are exempt from the ABC Test:

AB 5 also has several broader exemptions for contractors and subcontractors:

The ABC test replaces the previously utilized “right to control” or “common law” test, which focused on the hiring entity’s ability to control how the work was performed. Under the more restrictive ABC test, an individual is presumed to be an employee, unless the company can prove all of the following

If the hiring entity fails to show that the individual worker satisfies each of the three criteria, the worker is treated as an employee, not an independent contractor.

As always, if you have any HR questions or need assistance, please contact JorgensenHR at (661) 600-2070, email info@jorgensenhr.com or visit www.jorgensenhr.com.