Guard Your Company Against Employee Ghosting 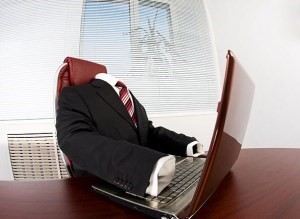 Ghosting may be on the rise, but employers can take steps to protect themselves from disappearing candidates.

As the unemployment rate in California remains low, a new phenomenon in recruiting and hiring is taking hold. Called “ghosting,” this term is most common in the dating world, but in the working world, it’s when job seekers abruptly cut off contact with employers and vanish.

Ghosting does appear to be a relatively recent phenomena, as 69 percent of workers and employers said in a recent survey that they believe it started within the last two years. But in this short time, 83 percent of employers say they’ve been “ghosted,” and 18 percent of job seekers say they’ve ghosted during the hiring process, according to a recent Indeed survey.

Recruiting and hiring is already a costly and arduous task for employers, which makes the growing ghosting issue another frustrating hurdle.

Employers have had candidates:

Candidates may ghost because they’re inexperienced: 26 percent said they weren’t comfortable telling the employer they had a change of heart and 11 percent said they just didn’t know what to do, so they disappeared.

Poor recruiter communication could be another reason: About 13 percent said general communication with the recruiter caused them to ghost the employer. Some even said that they felt they were lied to or misled by a recruiter, while others mentioned the employer’s rudeness or poor attitude.

Many ghosters may do it because they can; 94 percent of ghosters experience little to no consequences for their actions.

How to Protect Yourself

Though it’s impossible to accurately predict or prevent ghosting, you can protect your company and help position yourself to get the new hire in a competitive market.

Companies dealing with hundreds of applicants need to automate their processes. But automation doesn’t mean you should throw common courtesies out the window — such as:

And it doesn’t hurt to talk about the ghosting phenomenon early in the process and set some expectations — let candidates know what they can expect from you during the process and what you expect of them. For instance, consider a deadline when you extend an offer — if you haven’t heard from the candidate by 3 p.m. Thursday, the offer is no longer valid.

After all, your recruitment process is the first experience someone will have with your organization. In a tight labor market, it’s important to start on the right foot.